Consider the following: Amy and Carmen both have prediabetes. The two friends go out to dinner and eat the same foods in the same amounts. Two  hours later, Amy’s blood sugar level is normal while Carmen’s is way too high.

Confusing? It turns out there is no one-size-fits-all-diet that is good for all of the people all of the time.

In 2015, a landmark study on blood sugar response was published in the journal Cell. Israeli scientists  tested  800 subjects – some who had prediabetes  and some who didn’t – and found that in both groups, subjects could have different blood sugar levels after eating the same food.

Furthermore, no matter if a person had high blood sugar or not, what  was a “bad” food for one person might be a “good” food for another, and vice versa, according to study findings. Factors that impacted how a subject metabolized a food depended on many factors, including: hours of sleep the night before a particular food was eaten, the time the food was eaten, amount of exercise that day, and the amount of healthy bacteria in a subject’s gut.

When I was first diagnosed with prediabetes, It seemed like there were good foods and bad foods. I wanted more details, and I learned that some people test their blood sugar to find food triggers.

Pricking the side of my finger isn’t a big deal to me – I’m not squeamish and it doesn’t hurt – so I decided to test some foods to see how they affected me.
I’ve learned a lot. I can eat chocolate covered nuts with little problem, but  “healthy” oatmeal causes my blood sugar to spike.  Maple syrup is worse than table sugar.  Homemade hamburger buns are better for me than a hamburger bun from the store.

There’s more food  I want to test. There are different versions of M&M’s for instance. 😀 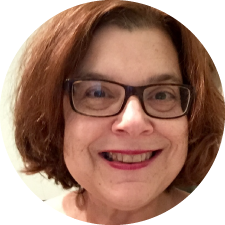